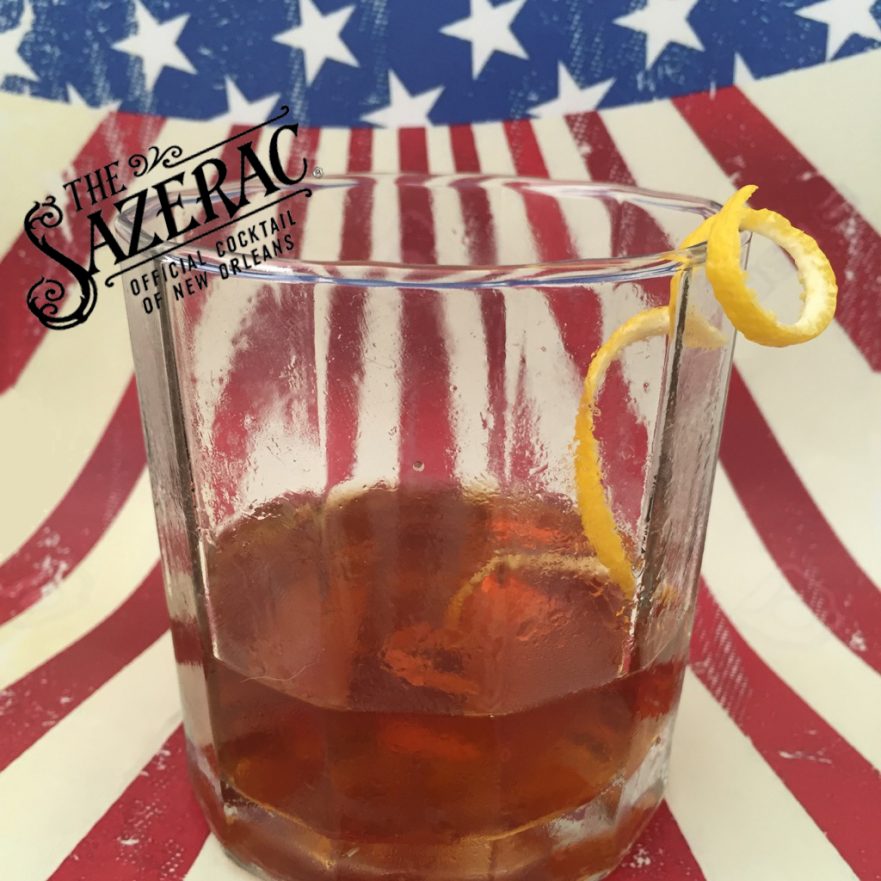 Today is 4th of July!! The day that represents the Declaration of Independence and the birth of the United States of America as an independent nation. Again it will be a cheerful day full of celebrations and of course will be crowned with a drink. The Sazerac seems to be the best as it is known to be the first cocktail that has ever been made in the States. Story of Sazerac starts in 1838. A pharmacist, Antoine Amedie Peychaud, makes a cocktail using his favourite French cognac Sazerac-de-Forge et fils also using his Peychaud Bitters, which has a secret family recipe. In 1873, father of The Sazerac, Leon Lamothe changes cognac to American rye whiskey and starts using Absinthe. In 1912, Absinthe becomes illegal and in 1933 it is replaced by a French pastis, Herbsaint. If you can’t find rye whiskey it can be replaced with a nice bourbon having high rye content. I prefer Bulleit Bourbon for this specific one.

In a mixing glass we put the sugar and add Peychaud Bitters. After that we crush the wet sugar. After adding whiskey into the mixture stir it for 20-30 seconds.

In a cold tumbler glass, Herbsaint is added to cover the walls of the glass. Then the mixed spirit is strained to the tumbler and garnished with lemon peel.

One of my favourite bartenders, Chris McMillan describes and shows the cocktail very well.