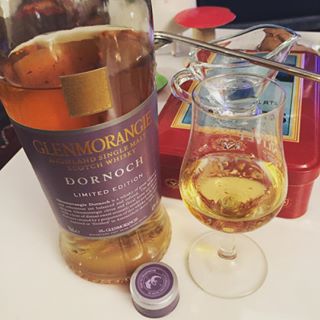 Taking the name from the Dornoch Firth where Glenmorangie settles, this is a whisky which donates an amount from every bottle to the Marine Conservation Society.

I tasted it with a whisky-friend of mine. Despite being a NAS whisky, it doesn’t necessarily feel young. The extra maturation is obtained in another cask just like the Extra Matured series of Glenmorangie.

I can totally comment that it is a nice whisky to sip in the winter season with a couple drops of water.