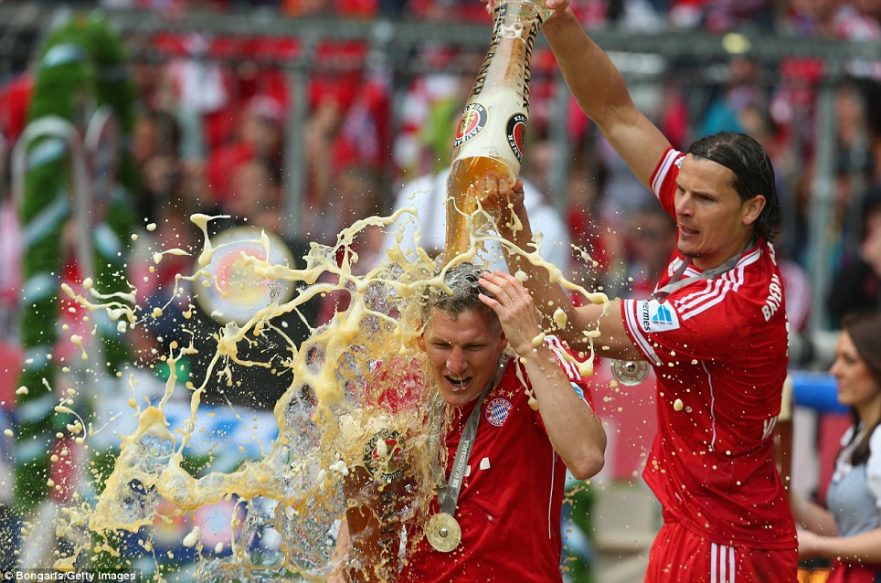 Two years ago I forecasted the World Cup 2014 by matching up famous beers from the countries that were playing. Let’s say I was really emotional and guessed that Belgium would win the cup. Though they couldn’t but showed a promising performance. Let’s see what will happen this year. I have come with a better approach this time and for the group round I took the weighted average for each beer from RateBeer. For the other rounds I just simply guessed who can win that match-up. This is not an advice for investment, gambling is damn bad! Let Euro 2016 start!!!

Being the favourite in the group France becomes the second and Saison beer from Switzerland heads the group.

Group B has a lot of strong countries. Even though Russia was surprising, England and Wales takes the first two positions.

Polish Baltic Porter demolishes every odds in Euro 2016 and beats every team while Aying’s Doppelbock takes the 2nd.

A tough one indeed. Turkey raced the stage with a young beer Gara Guzu Blonde Ale but the winners were Spain and Czech Republic.

That’s what you call a ‘Death Group’. Toughest one in Euro 2016. Every beer has an average above 4. And the qualifiers are Belgium and Sweden.

Ended in a really surprising way. Austria and Hungary won against Portugal and ‘The Team’ Iceland.

The host France meets Germany in the first match. The odds are in Germany’s favour. Second game is a tough game between England and Croatia. I guess that England will be triumph. Russia is more likely to lose against Spanish Team and The Blues will win against Swiss Team.

At the second half of this round, Poland will be fighting against Iceland. I believe that rising performance of Iceland will bring them the Quarter Finals. On the other side Zlatan will lead Swedish Team and pass Austria easily. My heart’s favourite Belgium will be passing to the next round against Czech Republic. At the last match Wales will win against Hungary and keep on being the wonder team.

Germany will be there at the big game with Spain. I bet Germany can win this. Second match is between Sweden and England. England will shut down the engines of their plane this time and will qualify. Iceland and Belgium match will be a great game as they are both promising teams. I guess Belgium will have the power to beat the Icelandic Team. Italy will not let Wales to pass to the next round.

Germany will be very tired as they have played with two great teams in the former rounds. Though at this match with England, I believe that the winner will be Germany again and again. The other game will end in Belgians favour and Azzuro will have to end their journey.

Two beer giants encounter at the great final of Euro 2016. Even though my heart is with Belgium, Germany will be triumph by the help of their experience.

You can check out the chart below for details. When clicked, a high resolution version will be opened on another tab.